So, I’m actually on holiday as I write this blog post! I’m in New York City! This is my first time back in the USA since 1997. So, obviously it’s been a while.

I was wondering before I arrived if I’d notice any changes since I was last here. The truth is, I never knew New York well enough so I don’t think I will notice if anything had changed. The whole point of this trip is to see more of the city that never sleeps as there are plenty of places here I haven’t seen before. I have a long list of places/things I want to see in my head, which probably means I need longer than I have to complete it.

I woke early yesterday morning, 4am – the curse of jet lag, but this does mean I got the sightseeing off to an early start. I was in Central Park before 8am. Then I discovered that the city that never sleeps likes a lie-in – or at least the staff at the information points in Central Park do. When you have no map of the park, you don’t want to discover the visitors centres don’t open until 10am! However, this didn’t stop me. It was a glorious morning, more summer that autumn (New York is enjoying an Indian summer), so I just set off walking.

Sadly, due to the lack of a map I missed the Central Park Zoo, but I did see Wollman Rink (which is not open for ice skating for another couple of weeks), and Bethesda Fountain, which I had never seen before.

I also saw some amazing views across the park, some gorgeous bridges, The Literary Walk, and of course the skyline above the trees.

I also saw the Belvedere Castle, which is actually a visitors centre with a map. The most important information I got from the map was the location of some toilets! By this point I’d seen most of what I wanted to see. I was ready for food, and although I had seen barely half the park I felt ready to leave. I found a deli, bought a sandwich, and after a sit down and some food, felt ready for an afternoon in the American Museum of Natural History.

I don’t think I’ve ever been to the American Museum of Natural History before, but thanks to a number of films and TV programmes some of it was instantly recognisable, mostly the dioramas. They were probably my favourite bit, scene after scene of animals and beautifully painted scenery behind them. I definitely looked at some of them and wanted to be in the scene with them. The other highlight would be the dinosaur skeletons. Who doesn’t like dinosaurs?

After that I headed back to the hotel, via one of my favourite shops – Bath and Body Works ( a bit like The Body Shop, a shop of body lotions and potions). We used to have Bath and Body works in the UK but for some reason it left years ago, so it was definitely on the agenda to visit a branch at some point this trip. Here I did find some changes- a whole lot of new scents, and one of my favourites has been discontinued. Also, a scent I used to like, I no longer like. I was probably in there for about 30 minutes smelling lots of bottles of shower gel and body lotions to find the right one!

After dinner in a lovely small Italian very near my hotel, I went for a very quick walk around the block and took a couple of photos. 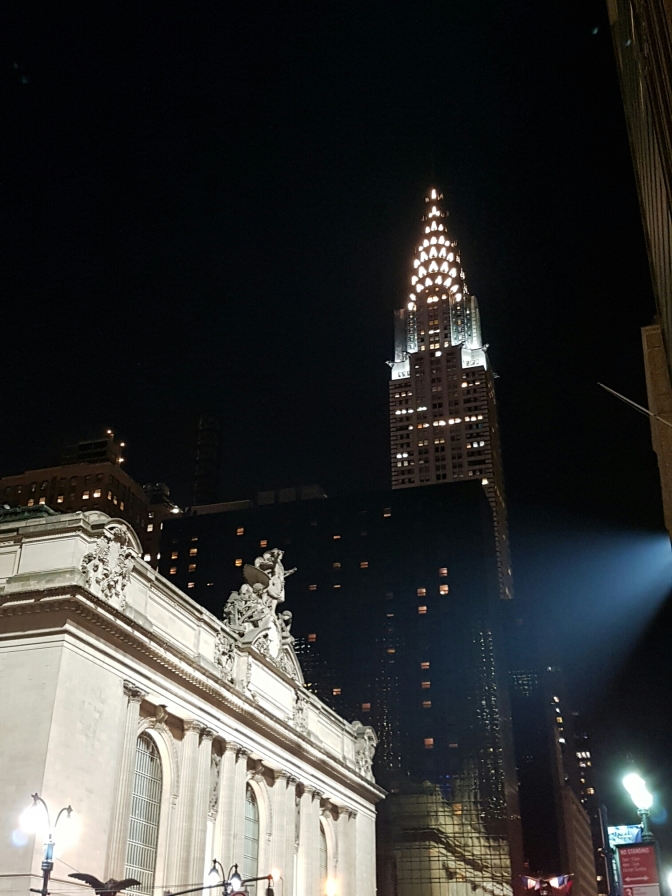